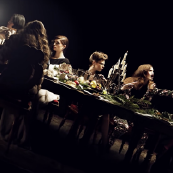 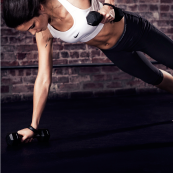 Hailing from Paris, half French and half Brit’Indian, Tarik has cemented himself as a leading creative in the fashion and beauty world. After a career in advertising and founding a high-end photo retouching studio, he established SWELL, a highly-acclaimed creative content production company in New York. Through his leadership as Founder & CCO, SWELL has won several international awards and has been recognized as a leading creative agency. Always active, he has sat on the jury for the New York Fashion Film Festival, was a panelist for Fashion Digital, as well as a professor at the famed School of Visual Arts in the fashion photography and moving image department.

English-Irish-American, Timothy has always immersed himself with like-minded visionaries starting at a very young age. He has a highly respected reputation for editing and creative direction, which has been cultivated with stops in Edinburgh, Seoul, and now New York. He has creatively run SWELL and was the Creative Director of SWELL Post, a highly regarded and multi-award winning post-production studio.

Due in no small part to a bond forged over years in the trenches of agency life, Tarik and Tim ignited a collaborative partnership focusing their careers on filmmaking and forming the directorial duo known as Tn’T. They have directed groundbreaking interactive films, TVCs for the Super Bowl, major campaigns, and are currently working on a feature film as they continue to expand their influence.

Aside from commercial films, Tn’T are currently working on feature (traditional & VR) projects as their next venture.

Tn’T currently reside in New York City – Tarik with his wife Marie and son Eliot, and Timothy with his cats Kat and Mona.